A downloadable game for Windows

and Derelict EX - An unfinished updated version of the original, including more levels. It's possible to make it to the end of the game, however the escape sequence is unfinished. This version is more refined than the original, however some elements are not present due to being an incomplete overhaul. It includes a ton of weapons, more animation, effects, challenges, enemies, bosses, and even Xbox 360 controller support. Please note: as an unfinished prototype, some things are missing. Sound and music for example are not working in this build of EX. There are no plans to finish this version of Derelict and this is considered a legacy piece.

(I'm sorry, I don't speak Spanish, but I can try to answer)

I started the first version of this game as an entry for GBJam 5, and in the span of 10 days I finished and polished that version. After the jam, I decided to make a more robust version with color. So for about half a year, I worked on "Derelict EX" and was nearly finished, however there was some issue involving the game uncapping frames and messing up horribly after updating Game Maker Studio (I don't entirely remember all of the details because it was years ago at this point), and unfortunately after attempting to roll back my GMS version the game was still broken. There are some older backups I could have used and restarted some work I had made, but at that point I was pretty burnt from the most recent build being broken and decided to move on from it. I'll revisit it some day though!

i'm not having sound on derelict ex.

Derelict EX is an unfinished remake of Derelict, and as a result most sound is not implemented and some bugs are present

Derelict predates Among Us by a bit :P
This game was made in 2016 for GBJam5

But it's kind of just "spaceperson with a big helmet" fare

Looks great. Are you planning the escape sequence? Also getting no sound on the EX version, I was planning a video to highlight

Sadly these are as-is. I no longer have the source for this game. The original Derelict was made in 10 days for GBJam5, and the EX version was near completion, however the escape sequence was the last thing I had worked on before it became corrupted :(

Shame but I will enjoy a run on both versions for videos.

Are you working on anything new?

I am~ I’ve spent the past year and a half working on a parody/homage to C*stlevania and other NES titles called Simon Quest’s Transylvania Adventure - I post updates pretty regularly on my twitter.

Here’s a thread of videos

I will look into that thanks

This game rocks!Keep up the good work!

Thank you for checking it out! I'm glad you enjoyed it~

what really sucks is the recoil from damage.
I mean in the forth or so collidor when you have to fly through the spike mazes one touch of the spikes will kill you. cause you get hit, get knocked to the other side with spikes,  take damage, getting hit back to the start, etc.

basically instadeath if you hit the spike things once.

I wholeheartedly agree! In later updates to the game (post Jam) it was overhauled to be far less punishing. At some point in time I'll upload the ConBravo color version of the game so you can check out the improvements :)

beat the game anyways, that was just something that I didnt like about the game there :-)

What a great retro style game. We enjoyed it very much. The music was great.

Here is a short video we made while playing:

Thank you so much for checking it out! I'm glad you enjoyed it :)

These are the games why I love doing what I'm doing! Holy hell, what a ride!

I'm glad you're enjoying it!

Are you kidding me? This is one of the best games ever!

An Update and Build:

Going to be at ConBravo this month to show off Derelict EX- a more robust, fleshed out, full length version of this game~ If anyone's going to be there, find me in the indie area~

you should make a colorful sequel of this game

Was definitely considering it! For now, I'm working on expanding the game to be fully featured with more levels and bosses, as well as polished visuals :) I have some progress shots on my Twitter. A color update may come at some point in time after this iteration goes gold~

I've uploaded the color version of the game that I showed at ConBravo if you want to check it out! https://programancer.itch.io/derelict-ex
It's still unfinished, and due to some strange source corruption I was unable to finish the ending sequence of the game, but- it's the most complete version of Derelict that exists! It has some bugs, no sounds, but the game can be played start to finish *until* the ending sequence. It's way more polished, colorful, and all around a better experience than this version :)

This really reminds me of Layla (Famicom)

Working on fleshing this out and making it a full game~ Next update won't come until that's done!

Okay nevermind, I just beat the bastard. But yeah there's one configuration of those sliding things which seems pretty much impossible to avoid.

Also wanted to edit my previous message but I had to delete it instead because when I went to edit it, the text box would de-select itself after every button input, meaning I'd have to click the box again with my mouse every time I'd press a key, for the entire message. I never had that happen before on any website ever.

Can I ask if you can send me the sprite walking cycle?

Me & my friend thought it looked really simple & good and is just what we need! (We wont be using the sprite we will only be looking at your walking cycle and then try and do something similar)

Fun! Wish there were gun/health upgrades. Also wish you could save. Level 3 was very frustrating to invest 10 minutes only to have to start all over at the elevator again if I died.

Those things may be coming in the next update :) I actually already have assets made for gun upgrades and such, just never had a chance to implement them. Had to rush a lot to get it ready for the jam deadline~

A question about the gun - after collecting my first upgrade (from beating the first boss), the gun shortly after reverted back to the base level at some point and I never saw any upgrades again, was that meant to happen?

Upgrades work like Blaster Master- taking damage removes 1 level of weapon power. There's effectively 2/40 chance to get a drop from an enemy; 1/20 for health, 1/20 for weapon upgrades, so there's a chance you won't see an upgrade unless you're killing a bunch of robots. 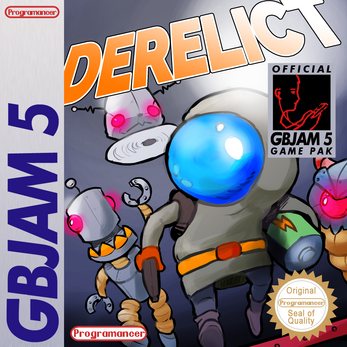 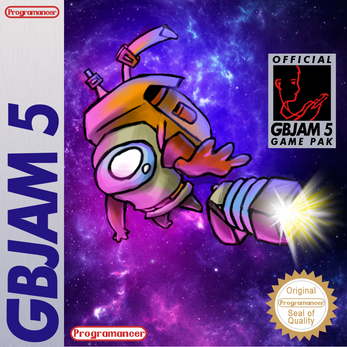 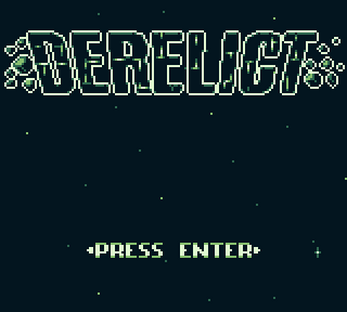 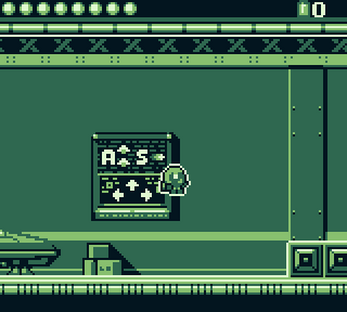 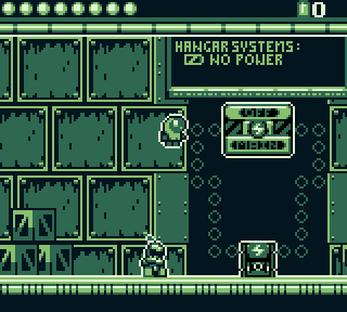 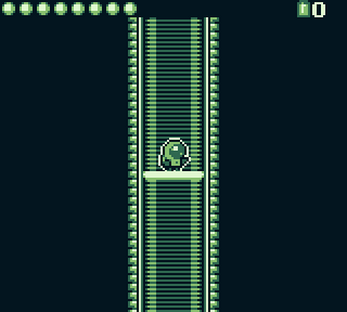 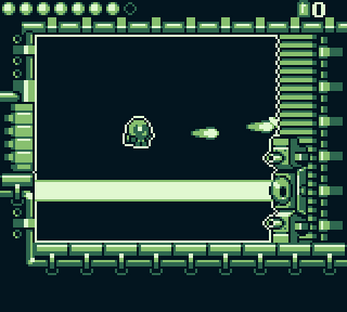 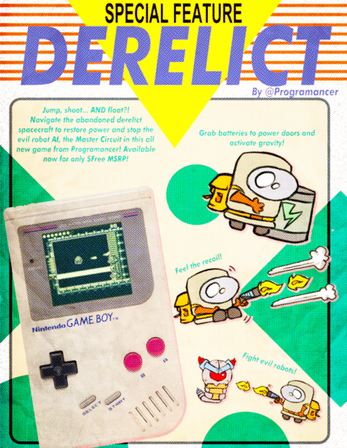 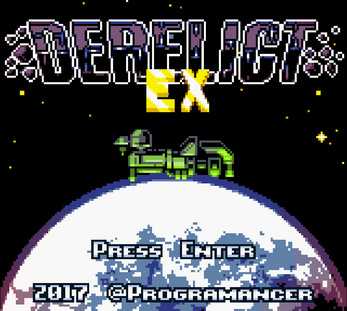 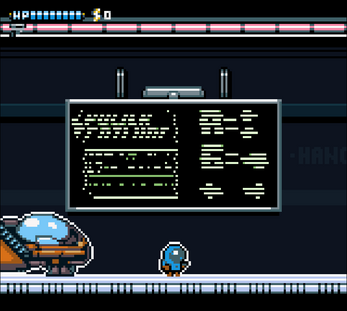 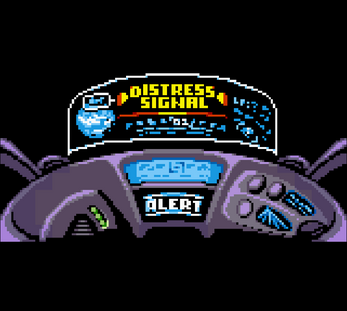 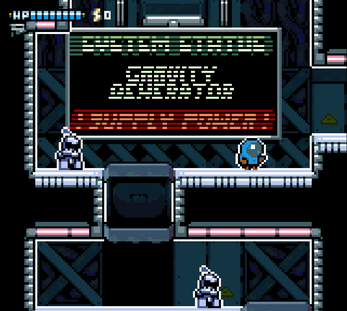